<img height="1" width="1" style="display:none;" alt="" src="https://ct.pinterest.com/v3/?event=init&tid=2612594942279&pd[em]=&noscript=1" />
Skip to content
Need festive cupcakes but no time to bake? Don’t panic! Just buy some cupcakes at the store and then add some of these free cupcake toppers to make them look totally festive!

If you’re in a panic because you forgot you have to make a festive dessert don’t worry – just run to the store and buy some cupcakes and then then decorate them with some of these free Christmas cupcake toppers!

They’ll look so fabulous no one will think to ask how you had time to bake!

Cupcake Topper Tip: Pop your cupcake topper inside one of design your own button cases so your party guests can use it as a button or even pin it to the Christmas tree! 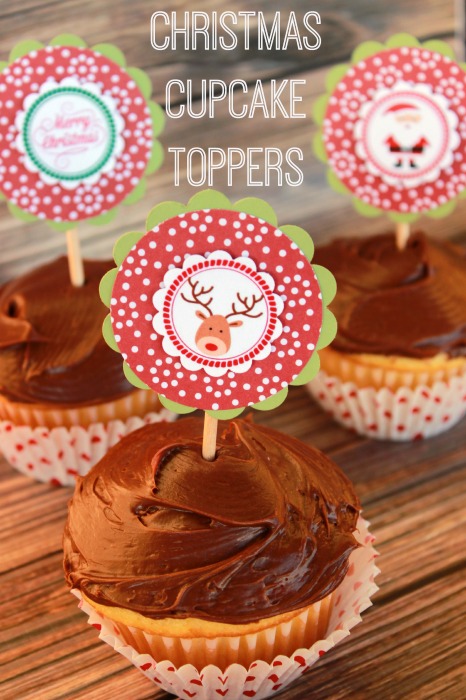 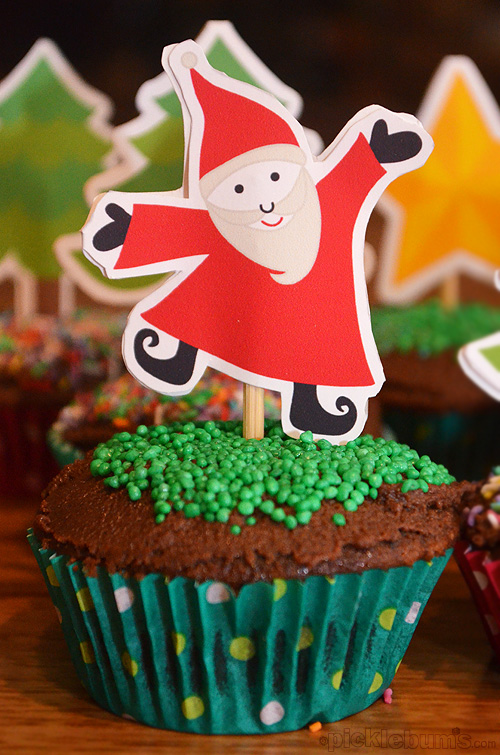 Dancing Santa Cupcake Topper – SUPER CUTE and so EASY to make! Just print, cut and stick him in your cupcake! 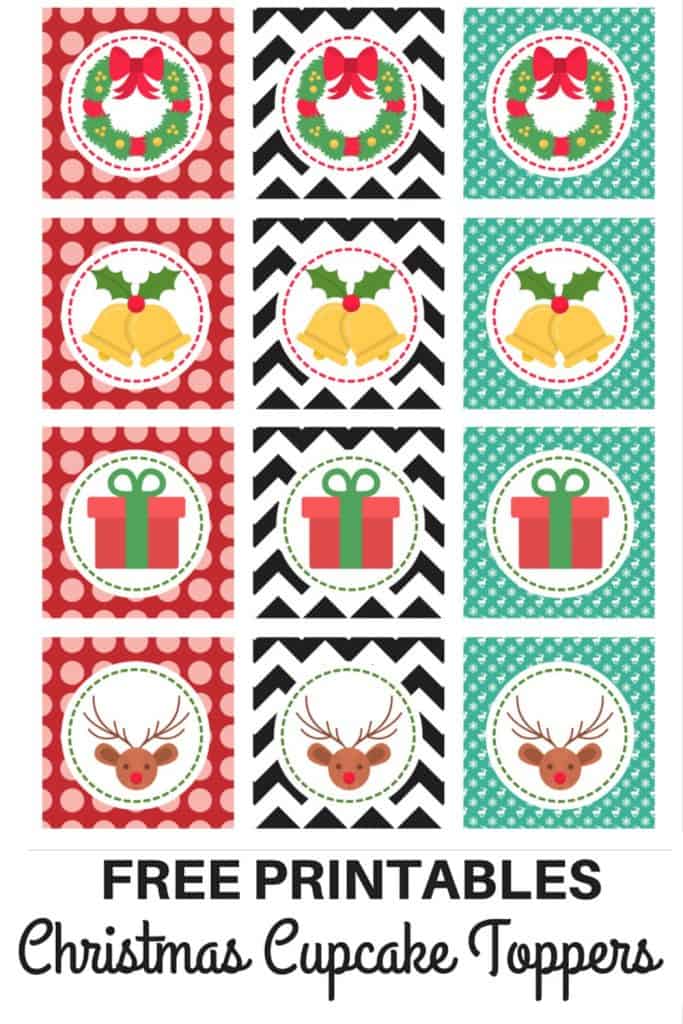 Christmas Cupcake Toppers or Gift Tags – LOVE the Christmas Bells and the fact that these cupcake toppers double up as matching gift tags! 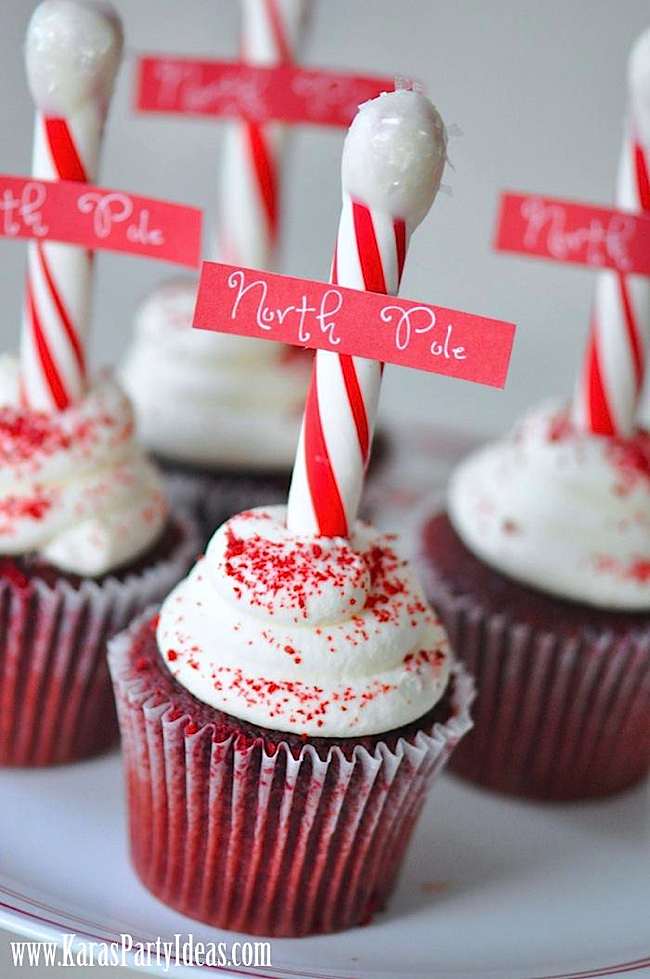 North Pole Cupcake Signs – Oh how ADORABLE are these cupcake signs! LOVE the idea of a candy cane stick instead of a toothpick! 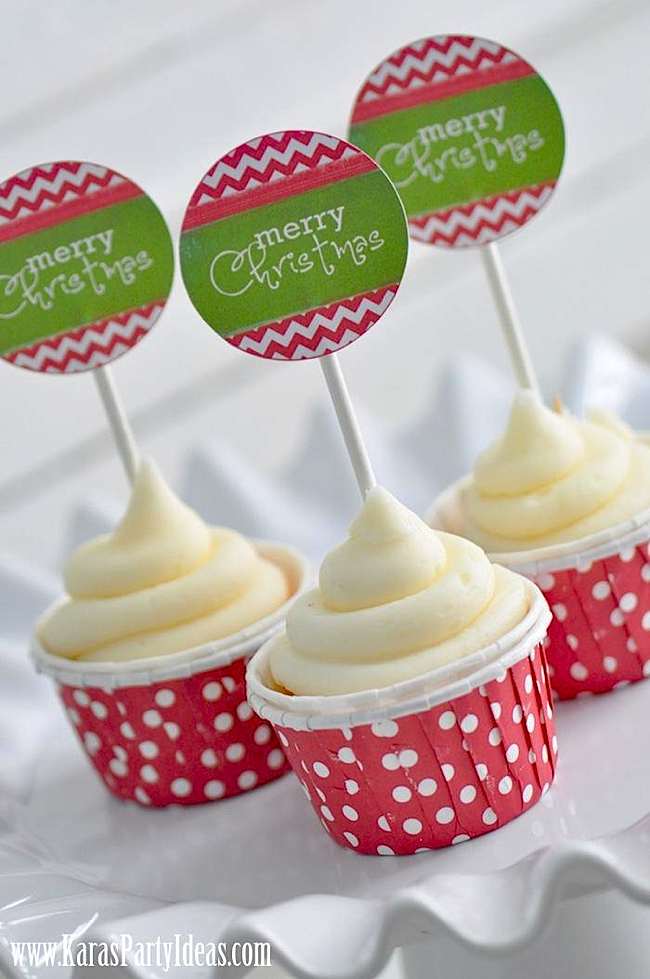 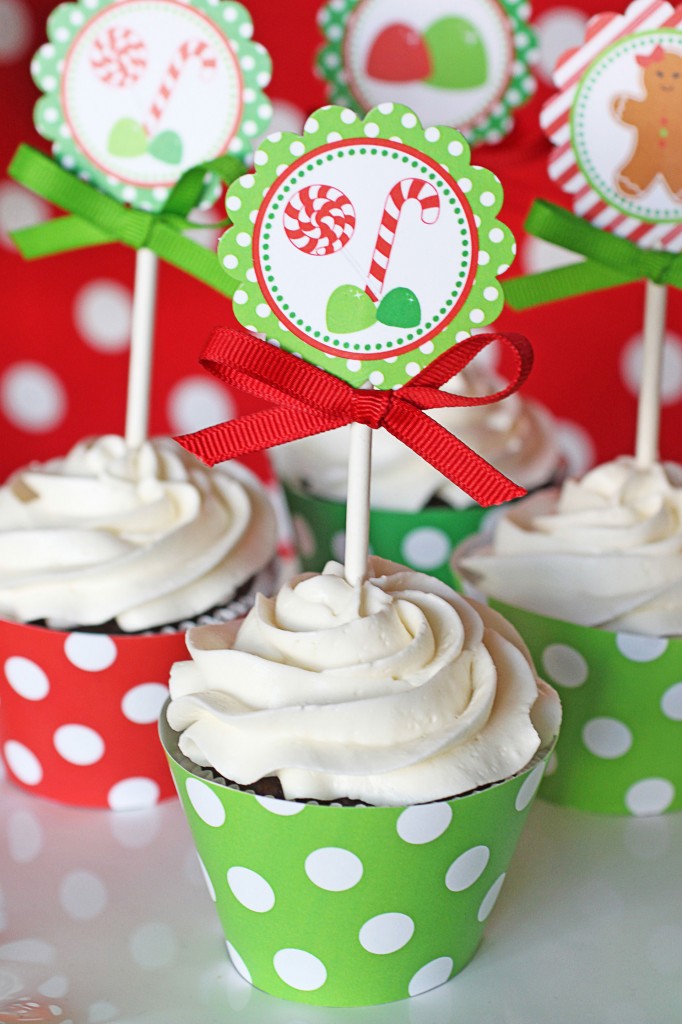 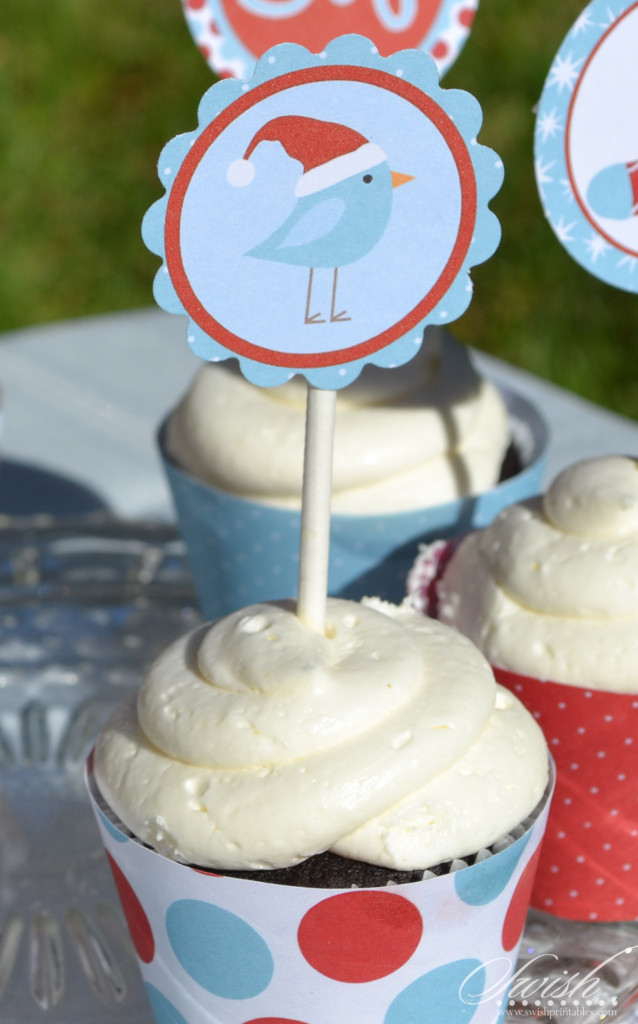 Christmas Printable Toppers – This little bird in a Santa’s hat is the most ADORABLE cupcake topper!

Elf on the Shelf Cupcake Toppers 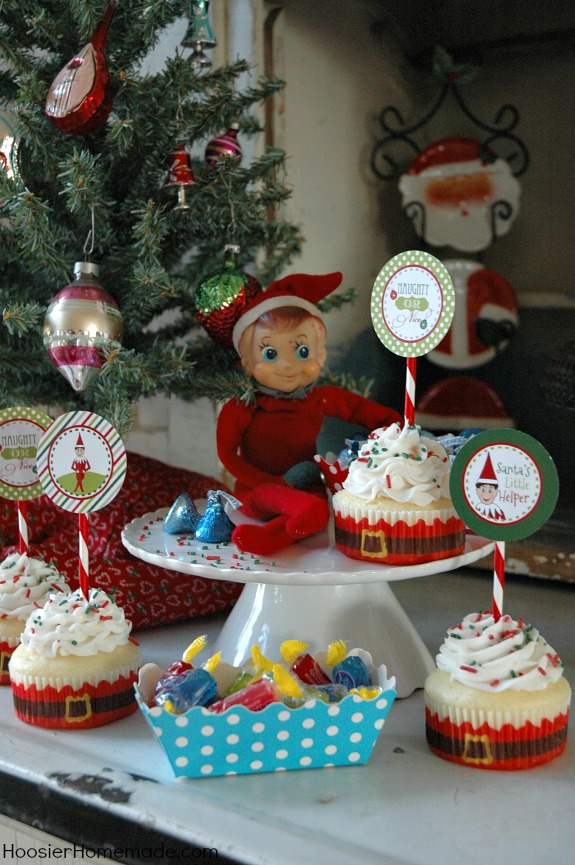 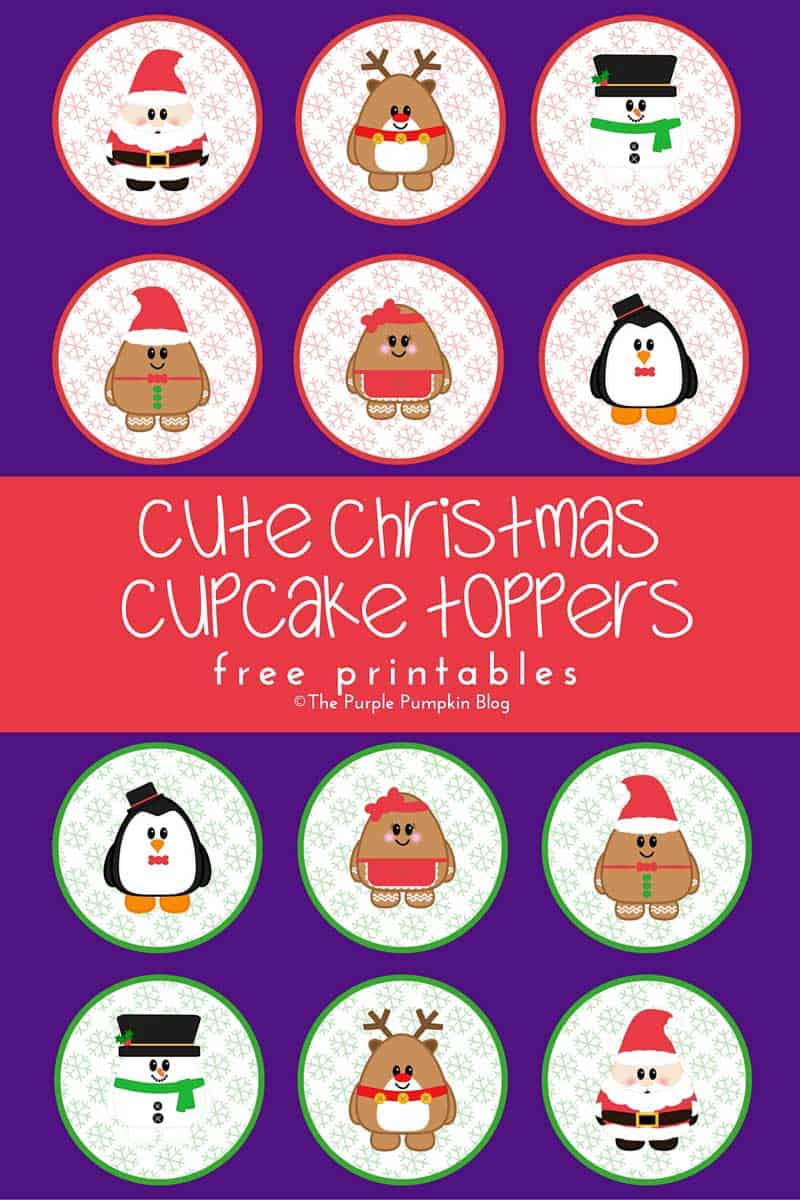 Cute Christmas Cupcake Toppers – How ADORABLE is that Rudolph? Oh and Mrs Gingerbread too! LOVING these cupcake toppers! 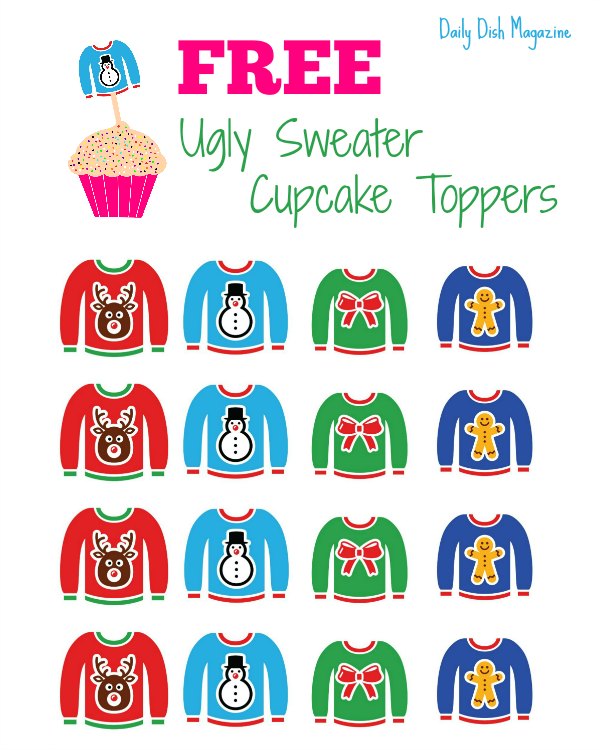