At most Disney attractions every seat is a good seat, but there are a few where it pays to know a trick or two to make sure you get the best seat in the house. 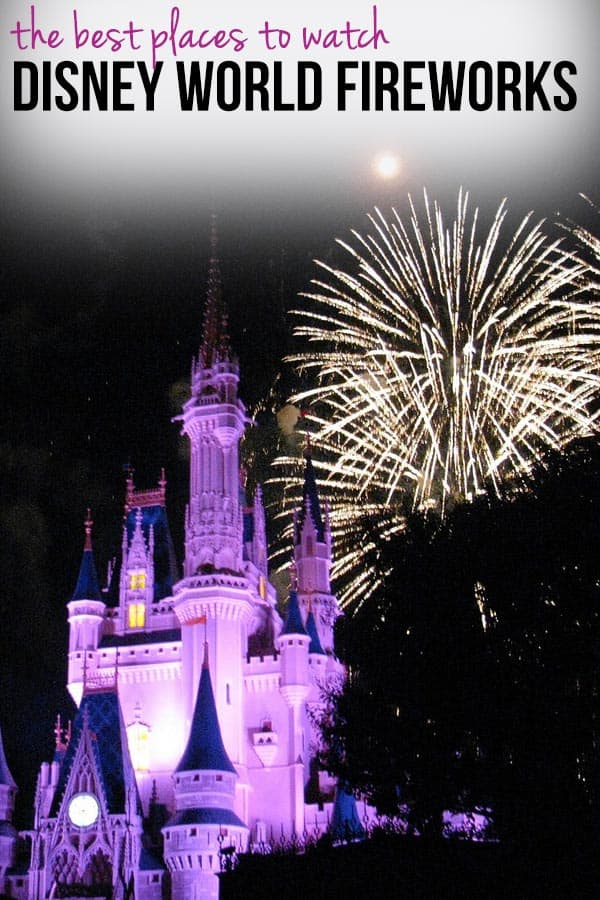 The Main Street train station is a great place to watch both the parades and the fireworks — the only downside is you have to stake out a spot a couple of hours before as it fills up quickly. So if you’re only taking a short trip I wouldn’t recommend this one as your time is better spent enjoying the park.

Try one of these instead:

People begin staking out a spot for IllumiNations up to two hours before the fireworks spectacular begins. If you know where to go this really isn’t necessary. You should be able to find a good spot 20-30 minutes before show time.

Whichever spot you choose you might want to grab a snack from one of the Counter Service restaurants and eat while you wait for show time and bring a blanket to sit on as the concrete can be uncomfortable — especially at the end of a hot day.

Fantasmic takes place in a stadium just across from the Tower of Terror. Be prepared to get in line about an hour before show time if you want to secure a decent seat. Unfortunately this isn’t like Epcot or the Magic Kingdom where you can just turn up minutes before the fireworks and still get a good spot. But don’t worry it is definitely worth the wait!